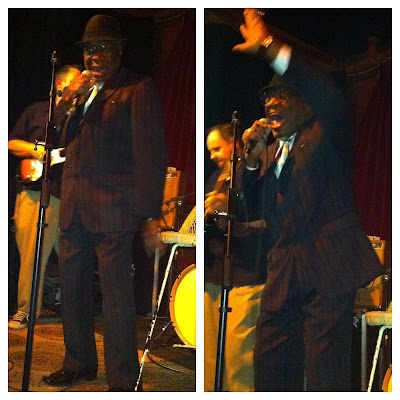 Discovering, collecting and DJing old soul and R&B 45s reveals a host of acts where little is immediately known about the people on the record. Records are bought on the strength of the individual track, not necessarily the performer who may have only made one side suited to a dancefloor.

Young Jessie’s “Big Chief” – cut for Mercury Records in 1962 – exploded into Mod/R&B consciousness around 2003. I remember this clearly, as having travelled back from seeing QPR lose the Second Division Play-Off Final in Cardiff, my mood was greatly lifted by hearing Alan Handscombe play it in a club off Mayfair and it jumped to top of my wants list. Once tracked down it was a staple of my DJ sets for a good few years. Yet as the booming novelty of “Big Chief” wore off it was replaced by another Young Jessie number, the classy, gliding “You Were Meant For Me” from the following year, which, thanks to a subtler arrangement , has remained in set lists ever since. Completing a hat-trick, his rarest 45, “Brown Eyes”, is a moody, atmospheric in-demander for the early hours of the morning.

If the 60s R&B crowd were, like me, slow to pick up on Young Jessie’s catalogue the same can’t be said of the 50s scene who were already well versed in his earlier exuberant cuts “Mary Lou”, “I Smell A Rat”, “Oochie Coochie” and “Hit, Git and Spilt” for Modern Records, and his association with Leiber and Stoller, even singing on the Coasters’ classic “Searchin’”.

Seeing Young Jessie – still young aged 76 – perform all these songs and more (minus “Big Chief”) on Saturday was such a pleasure, a real joy. The superb venue, The New Empowering Church - hidden in a dark alley and having the feel of an old semi-legal warehouse party – was packed with a predominately rockabilly crowd (bolstered by a small Mod contingent) who cheered every moment as Jessie oozed charisma and style from the stage. Looking the dapper gentleman in his sharp suit and hat, and backed with a cool rockabilly band led by Big Boy Bloater, he patrolled the stage, shoulders proudly back, and was in good gravelly voice and shape, only occasionally using the wicker chair to take the weight off his legs during the slower numbers.

Ten years ago Young Jessie was just another mysterious name on a record label to me, now I know he’s an artist with a fantastic collection of recordings. To see him with my own eyes brought him and his music to life in a way I couldn't have imagined a decade ago. A tremendous experience.

The night was put on by Jukebox Jam to launch Jukebox Jam Volume Two, a double-LP compiled by Liam Large of rocking R&B, so huge thanks to them for bringing Jessie over from America especially for this show. 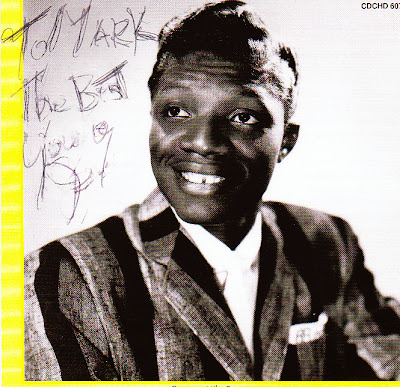