MY GENERATION: THE GLORY YEARS OF BRITISH ROCK 1964-1973 by HARRY GOODWIN at the V&A 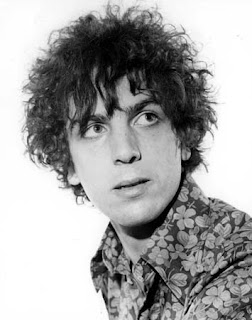 When Harry Goodwin was asked in 1964 to take photographs for a new BBC series, Top of The Pops, he had little inkling he’d continue to do so for the next nine years. First from television studios in Manchester and then down to London, Harry snatched portraits in dressing rooms, corridors and staircases of home grown artists and visiting US stars to amass a comprehensive Who’s Who of popular music from the period.

The V&A have a small exhibition which gives a peak at the scope of Harry’s work. The usual suspects are present but more exciting are the likes of an ebullient James Brown, a dapper Chuck Berry, a suitably enigmatic Bob Dylan, a sultry set of Ronettes, and a butter-wouldn’t-melt Syd Barrett all accepting of Goodwin’s bright flashbulb.

Worth a look but took me longer to find it within the bamboozling labyrinth that is the V&A than it did to view the pictures.

My Generation: The Glory Years of British Rock. Photographs by Harry Goodwin is at the Victoria and Albert Museum (Room 104), London, SW7 until 30 August 2010. Admission free.
Posted by Monkey at 18:08