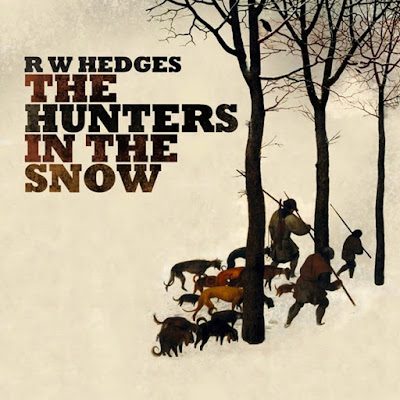 “You may look at me and think the Lord employed a fool” opines West London troubadour RW Hedges as the introductory line to his first properly released album. By the end of this enchanting record nothing could be further from the truth.

Hedges’ vintage sounding songs, sturdily crafted with memorable melodies, are mined from similar ground to the best of Richard Hawley, leaving collaborator Luca Nieri from labelmates The Monks Kitchen, free to adorn them with glimmering accompaniment and a gorgeous production recalling the first Fleet Foxes album.

These woody outdoor lullabies twinkle in the stars as references to sea and sailors, booze and opium, give a gently woozy and hallucinatory effect. ‘Signal Man’, based on a spooky Dickensian story, echoes down the line with the ghost of Glen Campbell and ‘Best Laid Plans’ waltzes like a tipsy Ray Davies in reflective mood.

Full of understated grandeur, The Hunters In The Snow, is a magical collection.

This review first appeared in Shindig magazine. The Hunters In The Snow is released by Wonderful Sound, out now.
Posted by Monkey at 10:22

Labels: rw hedges, the hunters in the snow