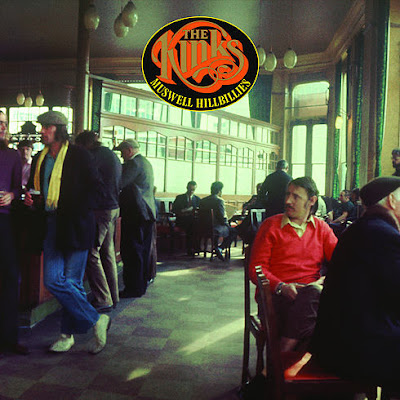 A long time ago, in a small terraced house not very far away, Ray Davies and his brother Dave began their journey in to the galaxy of rock and roll. Hornsey Town Hall is situated a mile and a half from the then Davies family home in Muswell Hill and played host to one of their earliest performances, pre-Kinks, when the group would be named after whoever secured the gig. In this instance, in 1963, either the Ray Davies Quartet or the Pete Quaife Quartet despite the line-up consisting of three schoolboys with a loose grip of mathematics.

The venue - that regularly held dances with big bands, or "Palais" bands, before the Davies generation ousted them with beat groups - has held sway over Ray ever since, illustrated in a 2010 interview when Ray met Alan Yentob in the derelict building to introduce Julian Temple’s Imaginary Man for the BBC. “There’s something in the walls”, he explained, “I’d love to play here. You have a vision of where you want to be and where you want your work to be presented and this place, probably subconsciously, has been my ideal since I first came here”.

With that in mind, and to raise funds for the preservation of the space and for the homeless charity Crisis, last night witnessed a very special, unique evening billed as Ray Davies and Mark Hamill in conversation with musical accompaniment.

The actor famous for playing Luke Skywalker might seem an unlikely host but he recently evidenced his deep knowledge of the Kinks in a couple of interviews for The Big Issue, one with Ray and one with Dave. As he explained, when offered the chance to interview anyone he liked for the magazine, “I said the Kinks, obviously”. Mark read passages from Ray's Americana book, led the conversation, and generally acted like the super-excited “fanboy” he happily confessed to being.

When Ray entered the stage Mark bowed at his feet, wanted the chewing gum Ray disposed of, and called him a “genial genius”. Ray being Ray, looked slightly awkward and uncomfortable at such adulation but Mark proved the perfect choice (personally asked by Ray) with his effervescent personality offsetting Ray’s taciturn nature as they chewed the fat about America, cowboys, movies and music. The event also served to promote two new “Legacy editions” – with loads of extras - of Kinks albums Muswell Hillbillies (1971) and Everybody’s In Show-Biz (1972) and the conversation was geared around that era which made a welcome change from the usual 60s focus us Brits can’t shake of the Kinks, whereas Mark brought, naturally, a different, more encompassing overview of a band which, in his experience, didn’t really begin in earnest until their US ban was lifted at the end of the decade.

After discussion about Muswell Hillbillies came the first musical interlude when Ray was joined by his regular tour guitarist Bill Shanley to play ‘20th Century Man’ and ‘Oklahoma USA’ from that album. ‘Oklahoma USA’, written with his sister Rosie in mind, was beautifully played and sung. Hornsey Town Hall may have seen better days but the acoustics have remained and this sounded especially moving. After more chat came a brooding ‘I’m Not Like Everybody Else’ and a bouncing ‘Muswell Hilbilly’ before a break. 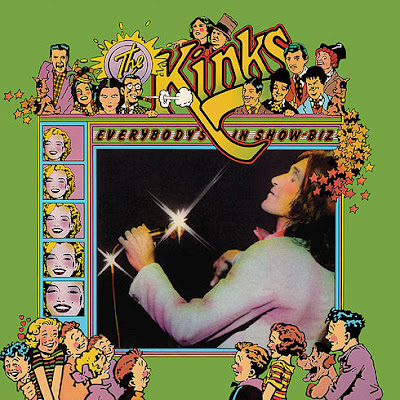 The second half followed the same format but with more emphasis on Everybody’s In Show-Biz. Mark revealed he drove Harrison Ford mad during the making of the original Star Wars when they, Sir Alex Guinness and a six-foot man in a dog outfit, spent hours confined to the controls of the Millennium Falcon with young Luke singing ‘Supersonic Rocket Ship’ lyrics “too many people, side by side, got no place to hide” over and over. Discussion around ‘Celluloid Heroes’ had Mark gushing over how Ray stirred so many different emotions during the course of just one song. “Well,” said Ray, “it is quite a long song”. Ray explained how often, as in the case of ‘Celluloid Heroes’, the music was recorded before the rest of group heard any lyrics. This was partly “because they’re blokes” and also Mick Avory poured scorn on anything he considered too “airy-fairy”.

Songs in this half were, appropriately enough, at the beginning ‘This Is Where I Belong’, ‘Dedicated Follower of Fashion’ and ‘Where Have All The Good Times Gone?’ and to conclude a wonderful ‘Celluloid Heroes’ and a jaunty ‘Sunny Afternoon’. Mark again proved an entertaining counterfoil to Ray. When Ray admitted he could sometimes appear a curmudgeon, Mark lost no time in responding with “Nooooo, you?” and a cheeky look to imaginary camera.

A few audience questions ended the evening with Ray being non-specific about the meaning of ‘Days’ but claiming he wrote it in a telephone box.

The whole evening was a joy. Mark Hamill was a warm, inspired host but the night belonged to Ray Davies, noticeably more relaxed singing and "doing a turn” than talking, and his timeless songs played in such an effective manner and heard in the most perfect environment.
Posted by Monkey at 17:02