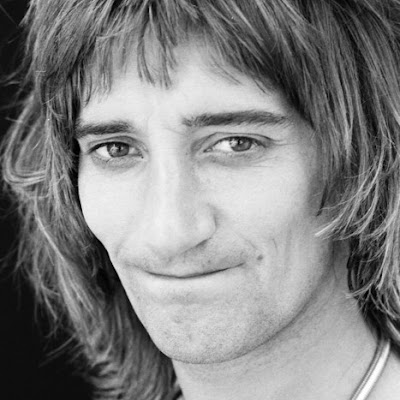 I’ve only recently, off the back of writing the Faces pieces for Shindig! - gotten around to listening to Rod Stewart’s early albums. It was a mistake to leave it so long but if, like me, you’ve been reluctant then his first five LPs for Mercury – An Old Raincoat Won’t Ever Let You Down, Gasoline Alley, Every Picture Tells A Story, Never A Dull Moment, Smiler - have been released as a decently priced boxset available in both vinyl and CD editions.

It may be just my imagination but I detect there’s been an attempt at repositioning in Camp Stewart recently with the Faces reunion and boxset; playing less familiar songs at the expense of monster hits at a Radio 2 gig in Hyde Park the other weekend; an Uncut front cover this month. And by jove, it’s long overdue. Everyone loved Rod in the early 70s. These albums were massive – three topped the charts – and he had the Faces running concurrently so, combined, released nine albums in the five years between 1969 and 1974. Folk gave him crap, and continue to this day, for leaving the Faces but I’m surprised he managed to sustain it for so long (but think of the money, you all scream).

Those were the glory years, Rock ‘n’ Roll Rod, and these albums - which years of Sailing Rod, Tax Dodging Rod, Cartoon Rod, Disco Rod, Tartan Rod, Dorothy Perkins Rod, Leggy Blonde Rod, American Songbook Rod and Kenny Everett’s Inflatable Arse Rod made an unwelcome proposition – are tremendous.  Rod’s singing is great (a lost art, to sing like that) and the mix of soul, rock, folk and Dylan rarely misses its mark. My only criticism is Rod didn’t write enough of his own songs. Not because the covers aren’t good but because his own work was frequently exceptional: Mandolin Wind, Gasoline Alley, Lady Day, Lost Paraguayos, You Wear It Well, Italian Girls, Every Picture Tells A Story and that shaggy dog story one without a chorus where he gets kicked in the head.

There are plenty of reasons to give Rod stick – “Rarely has anyone betrayed his talent so completely”, bitchily claimed Rolling Stone – but with this set and the Faces’ You Can Make Me Dance, Sing or Anything there are nearly ten albums worth of material to love him for.