IN MEMORY OF PERCY SLEDGE 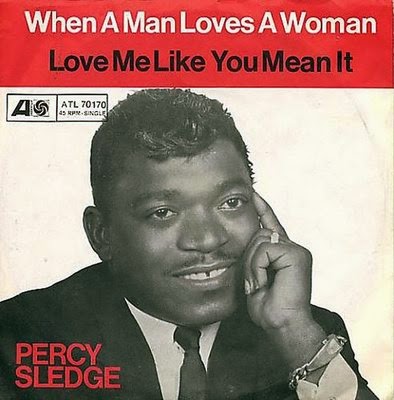 For a man with only one genuine hit record in the UK today’s announcement of Percy Sledge’s passing, aged 73, still garnered significant attention with coverage on the major national news programmes.  But “When A Man Loves A Woman” wasn’t any old hit was it? It’s one of those songs, nearly fifty years old, which occupy a special place, woven into the very fabric of our lives.

Percy made plenty of other great records too of course: “Warm and Tender Love”, “Take Time To Know Her”, “True Love Travels On A Gravel Road”, “The Dark End of The Street”, “It Tears Me Up” and enough others to fill plenty of Best Of compilations no home should be without, but that record was the one.

I only saw Percy live once, back in 2011. That might’ve been his last London visit. I’m increasingly conscious to make the effort to catch people like Percy these days, whilst there’s still time to show appreciation in person. He was on a Soul Revue type show at the South Bank and the main reason I went. What I wrote at the time now looks, I hope, like a nice tribute to such a likeable fellow.

“Percy Sledge entered the fray wearing a tuxedo and what looked like a scouse calm down/calm down wig. If Eddie Floyd earlier in the week at his London show made a mockery of his passing years, fellow Alabaman Sledge had no qualms about playing the elder Soul Man. “People ask me, Percy Sledge, how come you talk so much when you used to just burn it up on stage. Well, I tell ‘em, I need to get my breath back”. He flashes that famous gap toothed grin of his and gets away with anything, including a bizarre, and very funny, Ride Your Pony type dance to one song. I can’t believe though he ever burned it up on stage even as a young man. The churchy chord changes to his expressive ballads had a different quality, dramatically described by Gerri Hirshey in her 1984 book Nowhere To Run as “his voice sliced through stone, bronze and petrochemical ages of human love”. Time has eroded some of the edge but he was sweet and “Take Time To Know Her” and “Dark End of The Street” were great to hear. “Nights in bloody White Satin” less so, but “When A Man Loves A Woman” was the big money shot and didn’t disappoint. Never have I seen a man fall so gingerly to his knees. He clambered up, did a false exit, milked the standing ovation, and was gone.”