THE ACTION: UNRELEASED RECORDINGS - IN MY LONELY ROOM (10 INCH EP) 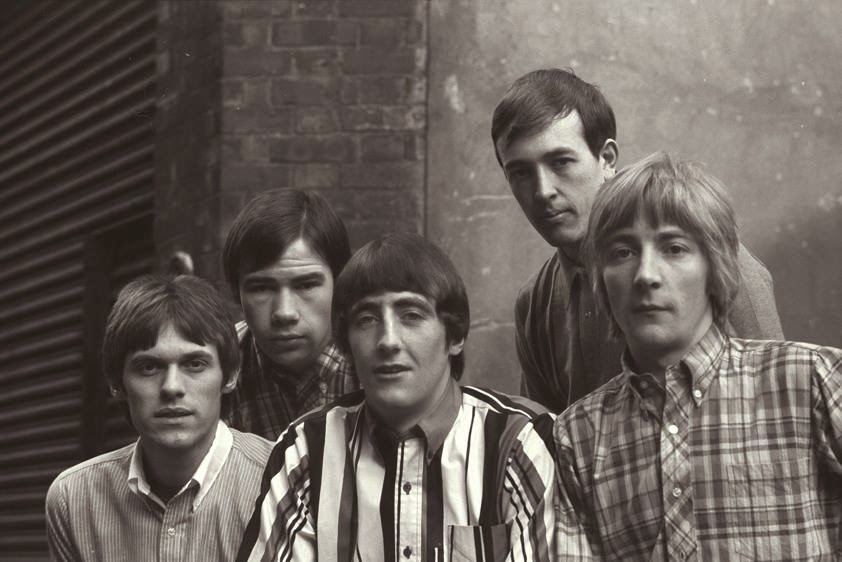 A new release featuring previously unreleased recordings by The Action. I can't think of a sentence I'd sooner type for you, and there it is, in all it's glory. A few words which read sweeter than Reggie King tackling an Impressions song. In a few short weeks, on 8th December to be precise, discerning turntables will spin in unison as ears catch their first listen to these miraculous discoveries. I don't usually reproduce press releases but will make an exception here whilst I have a lie down....

Four previously unreleased tracks by the ultimate ACTION recorded during 1964 and 1965, on both vinyl and CD EP.

“We all tried our hand at getting that Motown sound you know... all the bands in the mid ‘60s.
The best ones at it were the Action... They were an amazing band.” - Steve Marriott, 1987.

Alongside the Small Faces and the Who, London’s ACTION were undoubtedly Britain’s premier mod band during the mid 1960s, and their chain of five singles for Parlophone from October 1965 to June 1967 are venerated as one of the finest runs of 45s of the period (or indeed of any period really). Subsequent releases of the group’s material such as The Ultimate Action, Rolled Gold, Uptight And Outasight and CD repackages of the band’s EMI output, plus the Action’s period of reformation, have endeared the group to a huge swell of post 60s fans and the band command a level of respect and adulation rarely bestowed on many other groups of their era. Sadly with the aforementioned slew of records and CDs the well of archive Action material appeared to have run dry...until now that is!

The excellent book on the Action In The Lap Of The Mods, published in 2012, shed light on a previously rarely documented aspect of the Action’s recording career, specifically their audition for the Decca record company in May 1965. Indeed some copies of the book included a limited edition vinyl 45 extracted from an acetate recently discovered from that audition, which was a supreme version of the Temptations ‘Why You Wanna Make Me Blue’. That recording, taped six months before their EMI debut, makes a welcome re-appearance here and also emerges on CD for the first time. Unbelievably since the book came out another acetate from that Decca session has surfaced, one side of which features a wonderful interpretation of one of many people’s favourite Action tracks ‘In My Lonely Room’, which incredibly surpasses the later recording for Parlophone and has a real ‘live’ feel to it. Coupled with ‘In My Lonely Room’ was a fine rendition of the Impressions’ ‘You’ll Want Me back’, which finds the Action in a more mellow blue eyed soul groove and showcases perhaps the most Reggie King’s leap in vocal prowess in the comparative short space of time since the band’s recordings for Pye as the Boys barely six months previous.

Not that the Boys’ single for Pye was a slouch – far from it – and Top Sounds round off the EP with another previously undocumented recording. Committed to acetate during their time as the Boys was one of Reggie King’s earliest compositions, and ‘Fine Looking Girl’exposes further the pre-emptive Action in rather good form indeed.

Restored to the best possible standard from the original acetates, the four selections on In My Lonely Room are a fascinating, important and invaluable document of the emergent Action during late 1964 and 1965, and Top Sounds are justifiably elated to place these portentous recordings together for the first time. With the blessing of Action drummer Roger Powell, help from In the Lap Of The Mods authoress Jane Shepherd and delivered in full vintage 60s style packaging courtesy of Bruce Brand, In My Lonely Room is sure to excite Action fans everywhere and in all probability – unfortunately – may well be the final release of ‘new’ vintage Action recordings. Your last chance to catch some new unbelievable ACTION!
Posted by Monkey at 16:53

Labels: album reviews, in my lonely room, in the lap of the mods, reggie king, the action, top sounds