ABOUT THE YOUNG IDEA: THE JAM - SETTING SONS (SUPER DELUXE EDITION) and LIVE AT THE BRIGHTON CENTRE (1979) 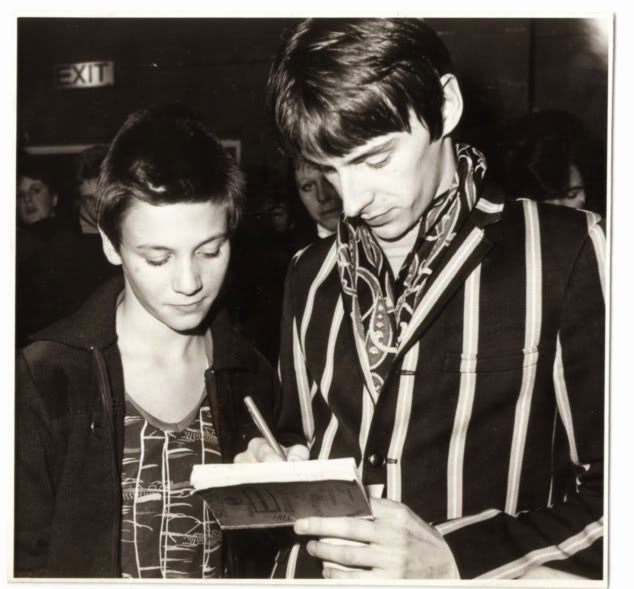 It’s 15 December 1979 and The Jam are in Brighton seeing out their most successful year to date with a gig promoting their fourth album, Setting Sons. Thirty seconds into the penultimate song of the night and “Heatwave” begins to collapse around them as fans clamber on stage. There’s a cry of “wanker” in the background before Paul Weller spits into the mic, “You can get the kids off stage but don’t fucking smash ‘em about, all right.” These kids are his people and loyalty works both ways. With his bitterness rising there’s more frustrated swearing and then “Fuck ‘Heatwave’, fuck the lot of it”. Knuckles tighten. The tension rises. Some more shits and fucks and a seething Weller slashes his guitar strings through an incendiary “’A’ Bomb in Wardour Street” that ends a show that for over 70 minutes bristled with fire and intensity.

There are many reasons to be thankful The Jam have never reformed and hearing how passionately driven they were during this 21-song gig included in the new 4-disc Setting Sons: The Super Deluxe Edition is a particularly compelling one. In three years’ time the band spilt when Weller’s heart wasn’t in it and there’s been no going back. One can’t recreate the past (okay, I’m talking about the band at the centre of a mod revival here but bear with me) and one definitely can’t recapture that special youthful idealism and arrogance as Weller, then only 21, was already perceptive enough to realise. The themes of age and aging and change peppered his lyrics throughout The Jam’s lifetime, right from their first single, but were especially prevalent during ’79 both with Setting Sons and the stand-alone single “When You’re Young” which warned the band’s young following their dreams and optimism of being grown up would soon be smashed when they realised the world was their oyster but their future a clam. Thanks Paul.

It’s a toss-up between Setting Sons and The Gift as to my favourite Jam album but I don’t often listen to either often – there’s too much new stuff to discover than to spend time raking over old coals - yet being immersed in this set for the last week has been hugely rewarding to rediscover how good The Jam were, especially during this period. It’s easy to forget, to take them for granted. Weller’s lyrics on “Private Hell”, “Burning Sky”, “Wasteland” etc are among the best of his career and The Jam solidified their sound.

Much of the album, the best parts, was a semi-materialised concept about three reunited friends looking at how their lives had changed from the days when they thought they’d stick together for all time; before faces that were once so beautiful became barely recognisable and the men got bald and fat. All that felt an impossibly long way into the future for the kids at the Brighton Centre but young Weller saw it coming.

Disc 1 of this Super Deluxe Edition is the standard Setting Sons album plus eight non-album period singles and B-sides – “Strange Town”, “When You’re Young”, “The Eton Rifles” (slightly different to album version; basically shorter) and “Going Underground” which, with “Dreams of Children,” really belongs with Sound Affects. In Tony Fletcher’s memoir Boy About Town he recalls his classmates celebrating “Going Underground” hitting number one as if their team had won the cup. It was a scene replicated across schools in the UK. They – band and audience – had done it. It was a band for the kids but not a kids’ band.

Disc 2 features 18 demos and alternate versions – 14 previously unreleased – and a John Peel session. Fourteen unreleased tracks sounds tempting but don’t expect too many surprises. For the most part they are rough and ready run-throughs; Weller the focus with perfunctory bass and drums. Not much changes other than extra oomph by the final versions, although one take of “Strange Town” has an almost ska rhythm which fortunately disappeared before it made the shops. There are two unfamiliar titles - “Simon” and “Along The Grove” - which unless I’ve missed something will be new to most. “Simon” is a sedately paced song about a shy schoolboy due to start work. There’s a kernel of a decent song there but some of the lyrics are a bit clunky and even if it had been finished would’ve struggled to find space on Setting Sons. “Along The Grove” is far superior. Packed with poetic lines it tells of a lonely, alienated man returning from war considering suicide; it’s haunting, affecting and would’ve sat perfectly on the album. The demo here isn’t complete and Weller growls in frustration as it falls away. Tantalising.

The Brighton Centre gig is disc 3 and is also available in its own right as a stand-alone 2-LP vinyl edition. For me it’s central to the package and well worth getting hold of. I never had the pleasure of seeing The Jam (it still rankles me that others at school, far less deserving, did so) but there a moments which gave me a shiver in the same way Dig The New Breed did in ’83 when I spent hours listening to it whilst perfecting those illustrations on the sleeve of Paul, Bruce and Rick to adore school books and every available blank space.

Disc 4 is a DVD of the promo videos, six Top of the Pops performances and two clips from Something Else. The box also includes a hardback 70-page book with cuttings, new interviews and rare photos; four prints; a replica 1979 tour programme; a replica 1979 fan club magazine; a teas maid; set of oven gloves; a fondue set and a cuddly toy. I’ve only had access to the music so can’t comment on how worthwhile this stuff is but if you’re a middle aged man in need of a black and white photo of Rick Buckler than I’d start worrying. The Jam were always conscious about giving value for money, not filling their albums with singles, so to have sets packed with useless paraphernalia like this to increase the sale price, when all that really matters is the music, does stick in the craw a bit.

The Jam drew a clear distinction between us and them; between young and old; rich and poor; the classes; even length of hair or whether people were in employment. Weller in Brighton snidely introduces “Smithers-Jones” as being “for anyone with long hair and who works”, which was harsh on Bruce Foxton. The irony now of course is age has meant a switch of sides for many but for The Jam, forever stuck in 1977-82, aged 18-23, they’ve kept their passion, their soul, their fire. Whatever the softening in some of Paul Weller’s attitudes and integrity over the years – even he’s not immune to compromise and the shifting priorities of age - he’s resolutely stuck to his guns and kept The Jam untarnished by age. More than any other band I think of, The Jam were, and will always, be about the young idea.

Setting Sons: The Super Deluxe Edition, The Deluxe Edition and Live At The Brighton Centre by The Jam are released on Monday 17th November 2014 by Polydor/Universal.
Top photo: Paul Weller meets Paul Crud, 1979. 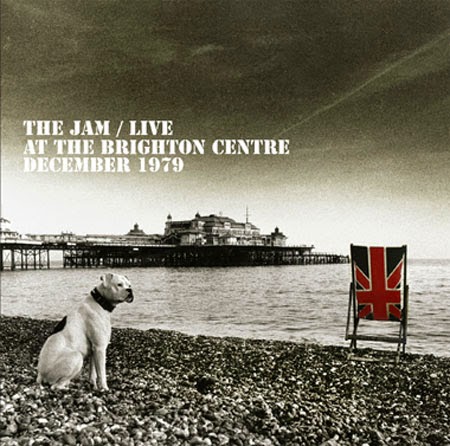