FIVE THIRTY'S TARA MILTON BACK IN THE STUDIO. KICKSTARTER CAMPAIGN FOR SERPENTINE WALTZ 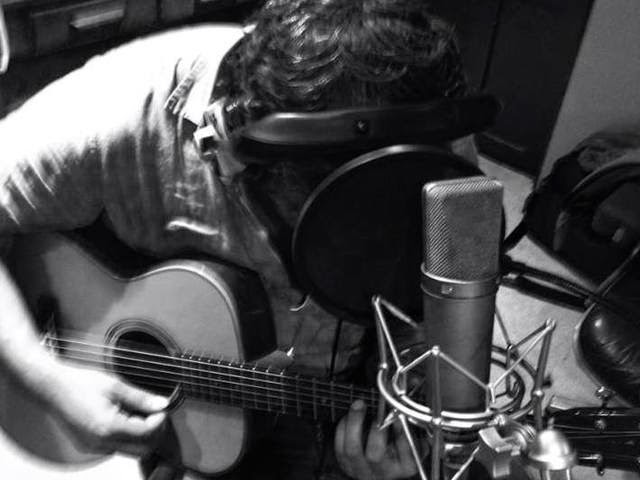 Oh Tara, it’s been far, far too long. As one of the driving forces of Five Thirty, Tara Milton released Bed in 1991, an album which to this day sits firmly in my all-time top ten. (See review). In 1998, with The Nubiles, he released the uncompromising Mindblender, a record which sounds more impressive with each passing year. Since then, silence. Until now.

After years in the wilderness, Tara is back in the studio working on a brand new album, Serpentine Waltz. He says:

“It's been a long time, since I've made a record in earnest. That was never intended to be, after my last band The Nubiles split, I felt it was time for me to stand on my own two feet for a while; although as a musician and a song writer, I felt that I was only just getting started. I made a silent pact to myself, that I should return to the world, and come what may, if I were any kind of writer, then surely life would provide all of the necessary ingredients for me to furnish my songs.

Being alone and without a band for the first time since I was 15 years old, I fully expected to get lost, and that I did. In fact, it's true to say that my life skills were so far adrift, I was found floundering… But still there's a unique excitement that comes with being lost.

In March 2002 I landed in Japan, pretty much penniless, or yen less if you prefer? For about 6 weeks I was as sick as a dog. A 'girlfriend' put me up for a while. I can understand her frustration, sometimes she would chase me around her apartment with sharp implements, slashing at the Japanese shoji blinds, like a scene from The Shining. Gleefully, I was forced to consign to my perdition.

This collection of songs, Serpentine Waltz, represent to some extent me getting back on my feet over the years. I'd probably describe the songs as, 'Kitchen Sink Dramas' but with abstract twists and a late night vibe! I will generally tell my story through an emphatic third party.”

With the album approximately half-finished, Lee Rourke, who runs the amazing five-thirty.co.uk site, has helped Tara set up a Kickstarter page to raise funds to complete the project, with Little Barrie’s Barrie Cadogan and George Shilling, who mixed Bed, on board. Pledge your support now and when Serpentine Waltz is released your donation and your album (and perhaps other goodies) will wing its way to you. It doesn't take a great leap of faith to know it promises to be a special record.


For more info, to hear work-in-progress, and details of how to get involved are available here. This project will only be funded if at least £2,500 is pledged by Friday Oct 24 2014, so get a wriggle on if you're interested.
Posted by Monkey at 10:03