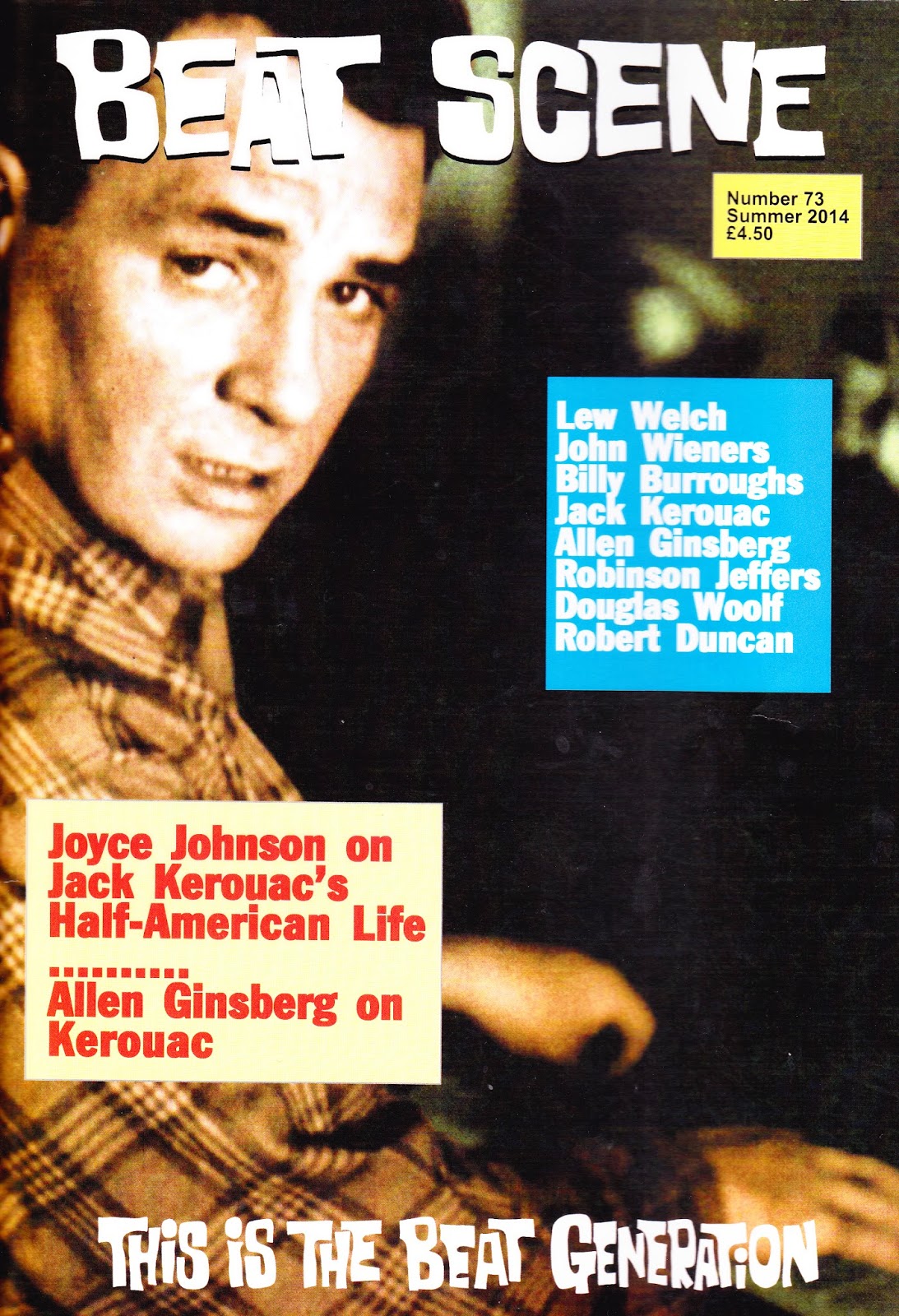 In this world of the internet, social media and instant information it’s testament to the continuous effort of one man near Coventry that his self-produced and fiercely independent magazine is still the first call for all matters connected to the Beat Generation.

Kevin Ring's Beat Scene issue 73 is upon us and, as always, I headed to the reviews sections where I found a look at a new collection of previously unpublished writing by Jack Kerouac, The Haunting Life and Other Writings (Da Capo Press). First I’d heard of it. As the piece outlines there’s debate whether early work like this (from the mid-40s, when Kerouac was 22, and years before the publication of his first novel) enhances or devalues his reputation. Personally, as long as folk are aware of the context of what they’re reading and have embraced the classics then there’s little harm to be done. The Haunting Life and Other Writings is now on my to-read list, knowing full well it won’t compete with even some of Jack’s lesser novels, but for any clues and hints of what’s to come and to build a fuller picture of the man, I’m content for these things to keep trickling out.

Elsewhere in this issue of Beat Scene there’s an interesting interview with Allen Ginsberg from 1978 about Kerouac, at the point when Jacks’s books were beginning to return to print after a period of critical mauling during his final years, and then neglect after his death; a rather sad although not surprising account by an acquaintance of William Burroughs Jr. (aka Billy, author of Speed and Kentucky Ham - both recommended reads by the way); Joyce Johnson; Ken Kesey; Lew Welch and much more. An essential publication for those with a Beat fascination (even with Jack looking awful on the front cover).

Work is already underway for issue 74 which is focusses of the Beats In Britain including the travels here by Kerouac, Burroughs, Ginsberg, Richard Brautigan, Kenneth Rexroth and Michael McClure. Should be another good one.

For ordering and subscription details see Beat Scene.
Posted by Monkey at 10:18