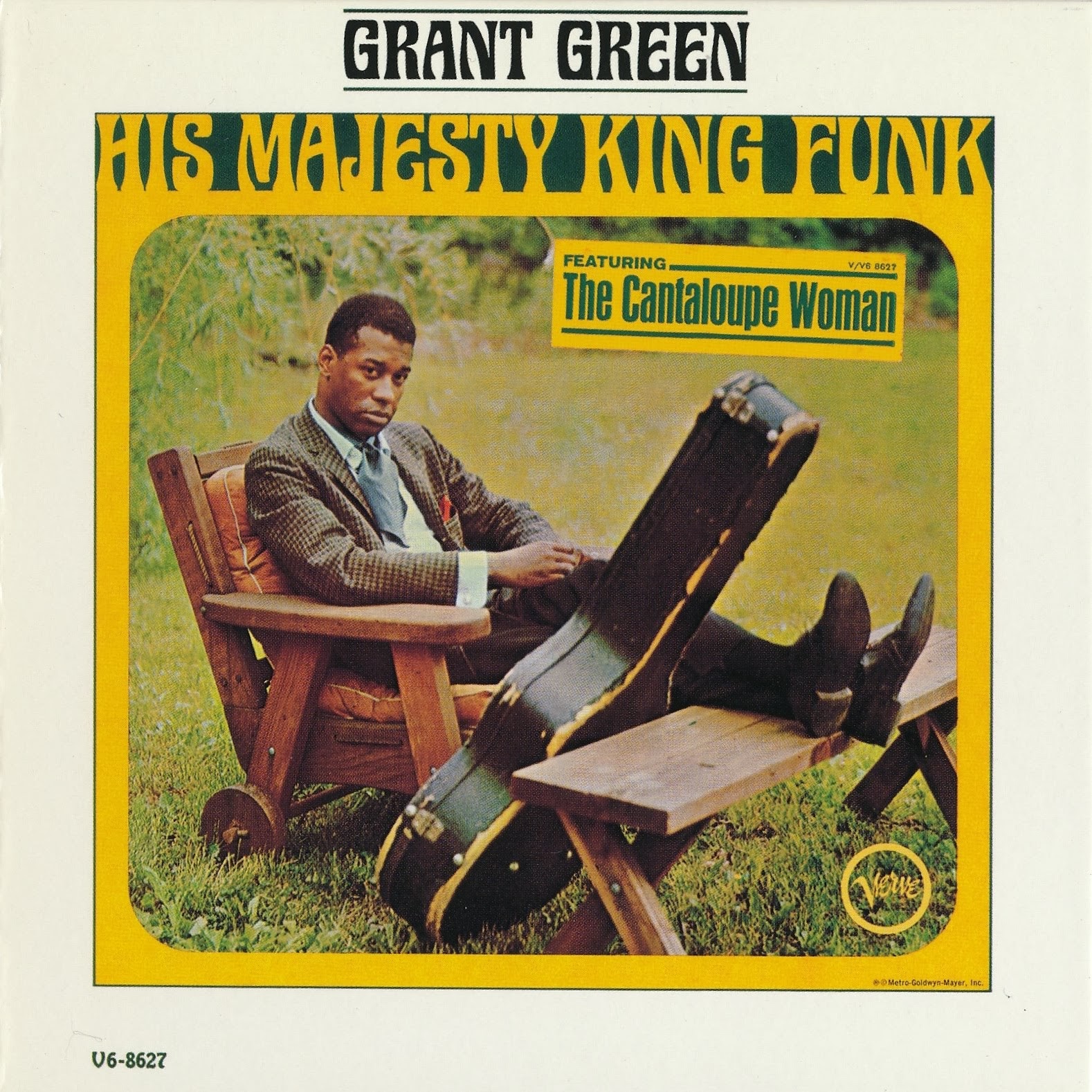 2. Grant Green – “Daddy Grapes” (1965)
From the album His Majesty King Funk and as cool as Green is with the old guitar – and he is extremely cool – it’s Larry Young’s organ workout which steals the show. As for his majesty, his throne looks to me like a wooden garden chair.

3. Townes Van Zandt – “Tecumseh Valley” (1968)
Caroline was a daughter of a miner, left town looking for work and a place to stay, times were hard, jobs were few, she found a job tending bar for Gypsy Sally, saved enough to send back home, but Pa had died, she turned to walking the streets, many men walked beside her. Then things got worse. Van Zandt must’ve known how special this song was; he included versions on two out of his first three albums.

4. Frank Sinatra – “By The Time I Get To Phoenix” (1968)
Ol Blue Eyes called this the greatest torch song ever written. I can’t think of a bad version and Frank’s – helped by a sumptuous arrangement - is one of the best.

5. The Normals – “Almost Ready” (1979)
Track two on an excellent recent compilation Punk 45: Kill The Hippies! Kill Yourself! The American Nation Destroys Its Young - Underground Punk In The United States of America 1973-1980, Vol.1. An unwieldy title but one which handily negates me having to add much more other than to say The Normals were from New Orleans and “Almost Ready” sounds like The Ramones jumping the mod revival.

6. The Times – “Whatever Happened To Thamesbeat?” (1983)
Not so long ago I thought The Times were flipping lousy but – like the Television Personalities – I’ve grown to rather like their quaint cheapness. To fair This Is London does sound like they spent fifty quid recording an album rather than their usual quid on a blank cassette.

7. The Nubiles – “I Wanna Be Your Kunta Kinte” (1996)
In the rare moments I’ve dragged myself away from Bed, I’ve been listening to Tara Milton’s post-Five Thirty combo and their Mindbender album. It’s a tough, challenging, uncompromising record as exemplified by this typically radio unfriendly single demanding the killing of the BNP.

8. The Pastels – “Secret Music” (2013)
The album Slow Summits is best enjoyed quietly in the morning with a fresh pot of coffee as the sun rises.

9. Wooden Shjips – “Find The Way” (2013)
All aboard the magic swirling shjip as these San Franciscan beardies glide across a sea of gently pulsating waves.

10. The Lucid Dream – “Moonstruck” (2014)
Always an exciting moment when the first record arrives with the new year printed on the sleeve/label. That honour for 2014 goes to Cumbrian drone-rock noise merchants The Lucid Dream.
Posted by Monkey at 21:28