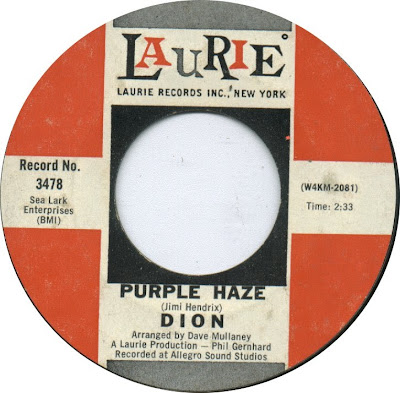 A day late but here's a selection of tunes popular in Monkey Mansions over the previous month.


1.  The Hammond Brothers – “Thirty Miles of Railroad Track” (1962)
Burt Bacharach was on a hot streak in 1962 (“Any Day Now”, “Don’t Make Me Over”, “Make It Easy On Yourself”, “Only Love Can Break A Heart” etc) yet this chugging cut written with Bob Hilliard for the Hammond Brothers on Abner Records slipped through the net. Makes a great club 45 now.

2.  The Mamas and Papas – “Straight Shooter” (1966)
America didn’t mind (or notice) John Phillips’ ode to dope smoking but it did get upset If You Can Believe Your Eyes and Ears featured a toilet on the sleeve, declaring it obscene and forcing a hasty withdrawal from record stores.

3.  Wade Flemons – “Two of a Kind” (1967)
The follow-up to the thumping northern monster “Jeanette” and there’s no denying a touch of showbizzy pizazz but I can’t help like it despite imagining Tarby, Brucie or Leslie Crowther performing it as a game show theme tune. This was the last of Wade’s solo 45s before joining the embryonic Earth, Wind and Fire: the Salty Peppers.

4.  Nina Simone – “House Of The Rising Sun” (1967)
Squillions of version of this – Nina herself cut a slow one five years previously – but the pulsating, thigh-slapping take on Nina Simone Sings The Blues is the one to slap your thighs to.

5.  The Gaylets – “That Lonely Feeling” (1968)
Outstanding Jamaican soul music making loneliness sound like the most joyous feeling in the world.

6.  Dion – “Purple Haze” (1969)
I stumbled across this on a site I can’t now find but they flagged it up as an example of one of the worst records ever made. How very, very wrong! I love it. Almost unrecognisable from the original, Dion gives it a breezy, flute backed, Fred Neil/Tim Hardinesque folk treatment. Genius. The whole Dion album is like this and suitably wonderful.

7.  Paul Williams – “Someday Man” (1970)
Williams is better known for his songs written for others; from teh sublime (Kermit the Frog) to the ridiculous (David Bowie). “We’ve Only Just Begun” was in the charts for the Carpenters the year Williams put out his version of “Someday Man”, already recorded and released by The Monkees.

8.  The James Taylor Quartet – “Car Chase” (1989)
From the soundtrack to their imaginary film The Money Spyder. Listening to it again now it’s easy to hear how they kick started the whole Acid Jazz movement and a frenzy of Hammond organ LP purchases; few – if any – were as good as this album.

9.  Kings Go Forth – “Now We’re Gone” (2010)
Fatback funky soul from this Milwaukee ten-piece outfit’s The Outsiders Are Back led by the smashingly named Black Wolf.

10.  Paul Orwell – “Little Reason” (2013)
The sunny psychedelic summer squeezes out one more groovy tune before the nights draw in. Not officially released anywhere yet but can be heard on soundcloud.