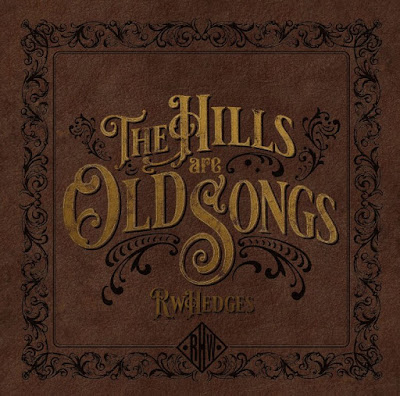 RW Hedges’ The Hunters In The Snow was an unexpected delight in 2018. It tenderly found its own time and place in the world; an escape from the bustle and brutishness of the modern age, chipped from the earth, lit by the moon.

The Acoustic Egg Box, placed it third in their album of the year list, wrote, “Whilst the influences of Harold Arlen and Johnny Mercer or Jay Lerner and Frederick Loewe may lurk knowingly in the background of the nine songs on this delicate and, in places, achingly beautiful album, there are also harmonies and melodies that would sit gracefully on any classic Everly Brothers album.”  Shindig magazine, gave it a full five stars, called it a “magical collection” adding “these woody outdoor lullabies twinkle in the stars as references to sea and sailors, booze and opium, give a gently woozy and hallucinatory effect.”

The follow-up, The Hills Are Old Songs, released last month on Wonderful Sound, is no less impressive, another sumptuous collection of songs beautifully performed and produced. Softly strummed with a cornucopia of ancient instruments carefully picked, plucked and brushed. RW Hedges and compadre Luca Nieri, tie up their horses, pitch their tent, and sing lullabies as beans heat gently in the can. Matt Allwright takes time off from chasing rogues on the telly to embellish a couple of songs with the salty weep of a pedal steel guitar.

If The Hunter In The Snow harked back to the 50s and 60s, The Hills Are Old Songs imagines the American West of 1877, the year the phonograph was invented, although the Great American Songbook still warms their work. Again, so many of the tracks echo like they’ve been handed down through the generations. ‘Down To Venesuala’, ‘Deep In The Valley’, ‘Haven’t Seen Her In A While’, 'The Westerners' and others (practically every one) already feel like established classics. The exquisite ‘Sure Enough’ is a contender for RW Hedges' pinnacle so far, lyrically heartstring tugging ("the cries of lonely crows catch a glimse of sun crawling up the hill to find me") and feels in some ways like Bob Dylan’s ‘To Make You Feel My Love’, a song that could take on a whole life of its own, covered all over the world, with versions from simple acoustic readings played for one listener to a full orchestra holding a packed Royal Festival Hall in silent rapture.

There's gold in them hills, get searching.

Tell us first about The Hunters In The Snow. What were you striving to achieve?
The Hunters in the Snow came about because Luca (Nieri) and I were in a similar frame of mind at the same time. It took some relearning and I had to adapt to a better working technique. It’s a melancholy yet melodic album. It was conversational, we were making a plan, listening to music often, with guitars always on our backs, always talking about it... that album had an effect on our future projects and opened up a door. However, it is a more personal album whilst The Hills are Old Songs is more story/character based.

What influences your songs. Both musically and in other way?
Musically we both love exotica, easy listening, early doo wop, American Songbook, Broadway, Hollywood. In our early days it was more folk and rock ‘n’ roll. That’s all still good but we are maturing as writers and needed other avenues. Other influences, a fire or a trip to the river. Anything that is free like that. But also, it’s the effort to collect wood or to notice nature as an important thread to songs. The interviews that are available with the American songbook writers are interesting as they really loved Song, they loved the whole thing. They loved each other’s songs. When you look at how great songs were made it can inform you.

Tell us about “RW Hedges”. It seems to have developed from yourself, Roy, to now encompass Luca.
Luca is a producer as well as a solo artist. RW Hedges songs are stronger for the work I have done with Luca and we see ourselves as a team. I wrote one song with Luca for his next album. I’m sure as we develop there will be more joint projects. But an RW Hedges album is hopefully just as special as one by Luca Nieri.

How do you collaborate? Who does what, the division of labour etc.
Luca can do everything but the divide of labour depends on how you see authorship. We share and we enjoy whatever we have done. Our motto is ‘Song is King’ but that doesn’t change the fact that Luca is the multi-instrumentalist and I’m the guy who likes to talk.

There appears a theme to the collection on The Hills Are Old Songs, care to explain? Did you set out with that in mind?
After buying Dee Browns book ‘The Westerners’ last summer there was a sudden realisation of a few things. We had already written two Western themed songs, I had a mini library on the subject but had never brought it together on a shelf. We set about studying similarly to Hunters In The Snow but with a stronger theme. This was natural as we wrote another album last year for a 2020 release also with specific references. The American West is a fascinating period in history. And given the chance to soak in the movies and the popular culture is just a great pleasure. The whole thing took eight months to write and make from start to finish. A theme is a challenge as it can become a pastiche. This album is not one.

I like how your songs never outstay their welcome. They say all the need, then move on. Concise.
You’ve got to try not to hang about I guess. Many artists seem to start the song up after a whole 50 seconds. Then there’s the musicians wanting extra rolls, arrangements and solos. All boring. Five minutes or more of a simple song is unbearable for me. We nip all that off the bud these days.

I sense you take the creation of music very seriously. You’re quite outspoken about music that doesn’t meet your ideals. Why is it so important?
It is important to make a song walk and talk on its own. Anything else will deflate over time. Writing for a character, a theme, a period, another work of art is so much more fulfilling than writing about yourself. People call themselves artists in the name of a very narrow space in their head. The individualistic has perhaps been overdone.

What are you planning on doing to promote the album? What’s next?
We will go to Liverpool where people seem to like us. The gigs we do are few but increasingly special. We are likely to do a lullaby, a funny song, a few from the Songbook of America and then we will pick a few from our albums. We will promote of course but many artists are frustrated with the industry. It doesn’t always give back. But Luca and I have a plan and we write specifically. We project ahead by a few years, we have our equivalent of a song trunk where we keep our songs sometimes letting them hibernate. On our next album we return to the countryside of England with something I believe is a real treat.

Buy The Hills Are Old Songs direct from Wonderful Sound
https://wonderfulsound.bandcamp.com/album/the-hills-are-old-songs-2 or, at the very least, for starters, stream on Spotify. 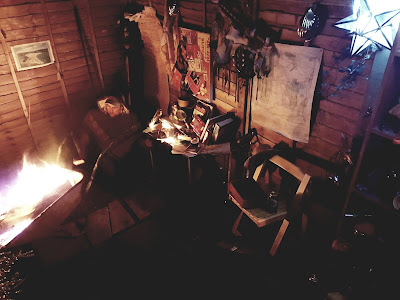