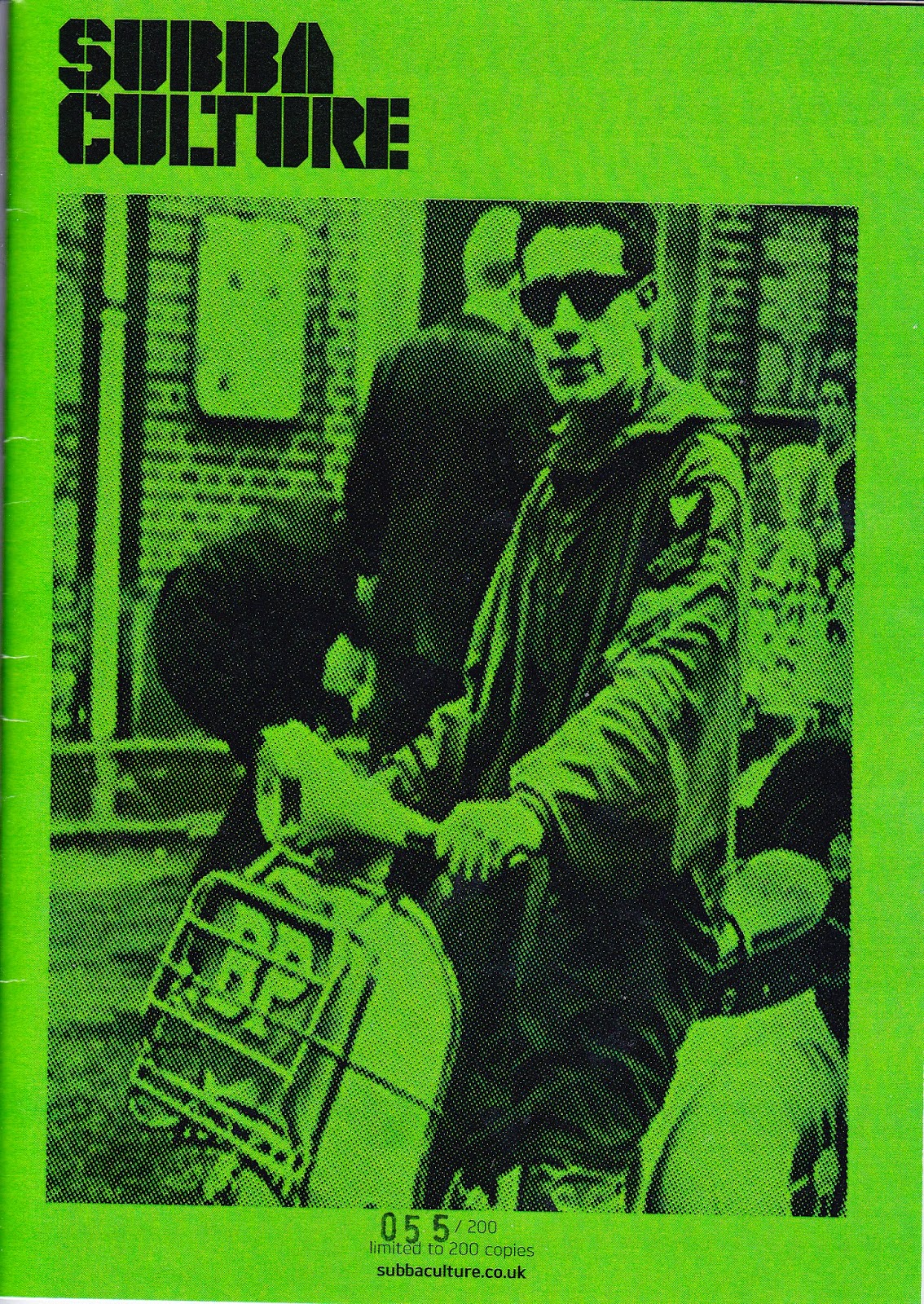 Born from the website of the same name, the latest issue of Subba Culture has hit the streets and it's the best one yet.

Whilst the internet version focuses predominately on pictorial evidence of the evolution of youth subcultures, Mark Hynds's fanzine contains well written and thoughtful articles on the same. There's an emphasis this time on how those movements spread from away from the main cities into other areas and the impact they had. The opening piece perceptively links the artwork of Jamie Reid (specifically his "two coaches" graphic) to the Medway music scene featured in the recent The Kids Are All Square book; John South discusses skinhead and suedehead styles after moving from London to Norfolk in 1972; Edward Ian Armchair describes the late-70s punk scene seen from the eyes of a resident of Tamworth in the West Midlands; and Peter Jachimiak provides a fascinating look at "Minets" - considered the early 60s French version of Mods. Not to exclude London, Rob Lee - the cover star of the (in)famous Mods Mayday '79 album - gives his recollections of that era. There's more besides, from desert boots to borstals.

Limited to 200 copies which are already flying out so get on this quick-smart. Click on Subbaculture for full details.
Posted by Monkey at 10:07